There’s something funny in even the most serious challenges.

I don’t mean to say that the challenges we face aren’t serious. The more serious the situation, the greater the need to find at least a speck of amusement about it. Allowing yourself to be demoralized, impaired, or immobilized by tough circumstances helps nobody. Your goal is to feel, and to be, more empowered. Feeling overwhelmed is to be in a state of disempowerment.

To put it another way, if you’re waist deep in something ugly that smells bad, the last thing you want to do is drown in it. The absurdity, the ridiculousness, the grand scale, the sense that something is really off here can be the thing that gets you to pick up one foot, and then another, and get to a better, more fragrant, place.

Here’s a tiny example: I had to replace the lock on my back door and I wanted to do it myself instead of calling an expensive handyperson. By comparing the lock with the same model on another door, I had managed to diagnose the problem. This was a big deal for me, a mechanically inexperienced and unconfident person. A very nice man at the local hardware store validated my conclusions and sold me a new center mechanism for the lock – I didn’t even have to replace the whole lock, just that piece in the middle of it! I felt triumphant! But back home, I was out of my depth. Manipulating words, yes; manipulating mechanical things with my hands, a big stretch. And my boyfriend, while a good cook and an accomplished martial artist, is even more inept at things like lock installation than I am (which, I must admit, he was not amused by).

After a few failed attempts at assembly, and fruitless tries at reading the tiny, inscrutable instructions – and what the heck was this collar thing, and how did I move this little size switch thingie, and should I want to? – I stood with multiple parts in hand, baffled at how to put them together. My smarty-pants diagnosis of the problem had faded into history. Now, I felt overwhelmed by panic and frustration. I’m someone who loves to be independent and to succeed at what I try to do, yet here I was, proving to be incompetent.

This feeling in turn activated unpleasant feelings and packets of uncomfortable, stuck energy all over my energy space. I could barely think. I started to cry. What a failure I had proved to be at this. And I didn’t even have help – harrumph – which made me cry a little harder. I felt myself falling apart as if I were that disassembled lock. I felt as unprotected as that unsecured door. And as pissed-off as a seventh-grader who couldn’t even be effective in the world. I was a wreck.

Then it dawned on me – this after 25 years of intuitive work – that, duh, I had some spiritual tools I could use here. The very first one I reached for amid the maelstrom of my emotions was my sense of amusement. Blindly I cast about my reality and managed to find a speck of awareness of myself standing there, freaking out over a handful of door lock parts. It was kind of funny. I grumpily blew on that little tiny ember of humor, so to speak. The warming comicalness of my situation, and my sobbing reaction to it, spread within me. I involuntarily smiled at the predicament I had gotten myself into. I took a deep breath. I remembered that I was me – not the equipment, the outside look, the inside doorknob, or that damn cylinder with its various plates and screws that was supposed to hold the whole thing together. I was me right here in the present – not the little baby that wanted to put together the two blocks but couldn’t see how, or the woman who wasn’t so independent after all.

Traveling up from the fight-or-flight hullabaloo in my first chakra at the base of my spine, my awareness slipped back into the middle of my head, behind my eyes. I remembered to create the image of a grounding cord to anchor my panicked body to the earth. I put up the image of a rose to define the front edge of my personal space. (Future posts will discuss these tools in more detail.) Now, from this vantage point, the lock parts in my hand didn’t look so bad.

Eventually – OK, after another trip to the hardware store for more explanation by the nice employee, who instantly put the whole thing together as we stood in the aisle; one trial-and-error assembly attempt after another back at home; one final desperate hope that maybe it was the crookedly screwed-in screw that now was the only thing thwarting us (it was); not to mention some help and sympathy from the boyfriend – I got the new lock installed. It worked! My house’s back door was secured! And my energy space wasn’t doing so badly either, with a little spiritual perspective.

None of this would have been possible without some amusement. The seeming seriousness of the situation would have kept producing its overwhelming triggers to my reactions so that I literally could not see a physical solution. Once I got out of overwhelmedness, I could figure out a next step in the process. And I could feel better taking it. And the next one, and the next. [Later note: the lock stopped working at some point months later. Sigh. I called a professional to fix it. I didn't mind much after my earlier triumph.]

Like most things, finding amusement takes practice. But at least it’s fun.

Is a loved one yelling at you but unable to listen to your response? As your stress rises, inwardly step back and smile a secret smile about the comically loud racket; that way you don’t have to match the person’s level of fury, and in the ensuing calm, you can both talk through the issues with the seriousness they may deserve. Or maybe it’s your own cluelessness that suddenly strikes you as funny. Whatever works.

Didn’t lose that pound you were trying to lose? Is there humor there somewhere, maybe just in the image of you standing hopefully on the scale once again with that look on your face? Got a high blood-sugar reading for no apparent reason? The unfairness, despite your best efforts! It’s absurd! But like Charlie Chaplin’s tramp, like a kitten who keeps jumping but can’t quite make the chair, you’ll keep trying. Look at yourself with the fondness you’d feel toward the tramp or the kitten, with a charitable perspective that somehow sees the sweet comedy in your stalwart efforts.

An example relating to my diabetes: my low-blood-sugar default mood is overriding sadness that often extends to the state of the entire world. You’d think I’d remember by now that the soul-crushing despair I sometimes feel about myself and the rest of the planet may just be my body’s response to a descending blood-sugar level.

When I finally do remember to test in the face of these emotions (and I invariably do), and I see that very low number come up on my blood-sugar meter, I instantly see the humor in the situation. You mean all I need right now is not an emergency meeting of the United Nations, but sugar? Well, I still want that emergency meeting – but my personal emotional and spiritual survival doesn’t hinge on it. The contrast in remedies is so funny that it always cheers me up in no time, even before I regain fully clear awareness.

With perspective, you arrive at neutrality, where forgiveness is in reach.

What an amazing feeling: you don’t have to succumb to whatever is in front of you, or welling up inside you. You don’t have to override it either. You don’t have to blame yourself for your low blood sugar or resulting despair, or blame others for making you handle it in the first place. With perspective and some humor, you just acknowledge what’s happened and give yourself a break. It’s a relief: though you may be part child and part superhero, your task is to just be a human right now. That you can do. With a little amusement, you remember that all you have to do is to use the tools you have and take the steps you can take.

Thanks to BuzzFeed for the cat photos: http://www.buzzfeed.com/paws/awkward-cat-sleeping-positions

Lisa B (Lisa Bernstein)
Lisa B (Lisa Bernstein) is both an accomplished jazz-and-beyond vocalist and an award-winning poet. She is known for interweaving both spoken and sung verse into her original songs and adventurously reimagined standards. She also works as a clairvoyant/psychic reader and healer. Check out her sites and social media links and say hello! 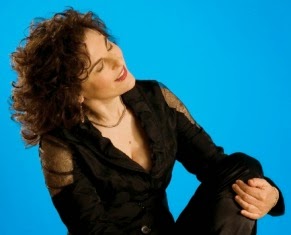